“The drought is a catastrophe for women and girls” 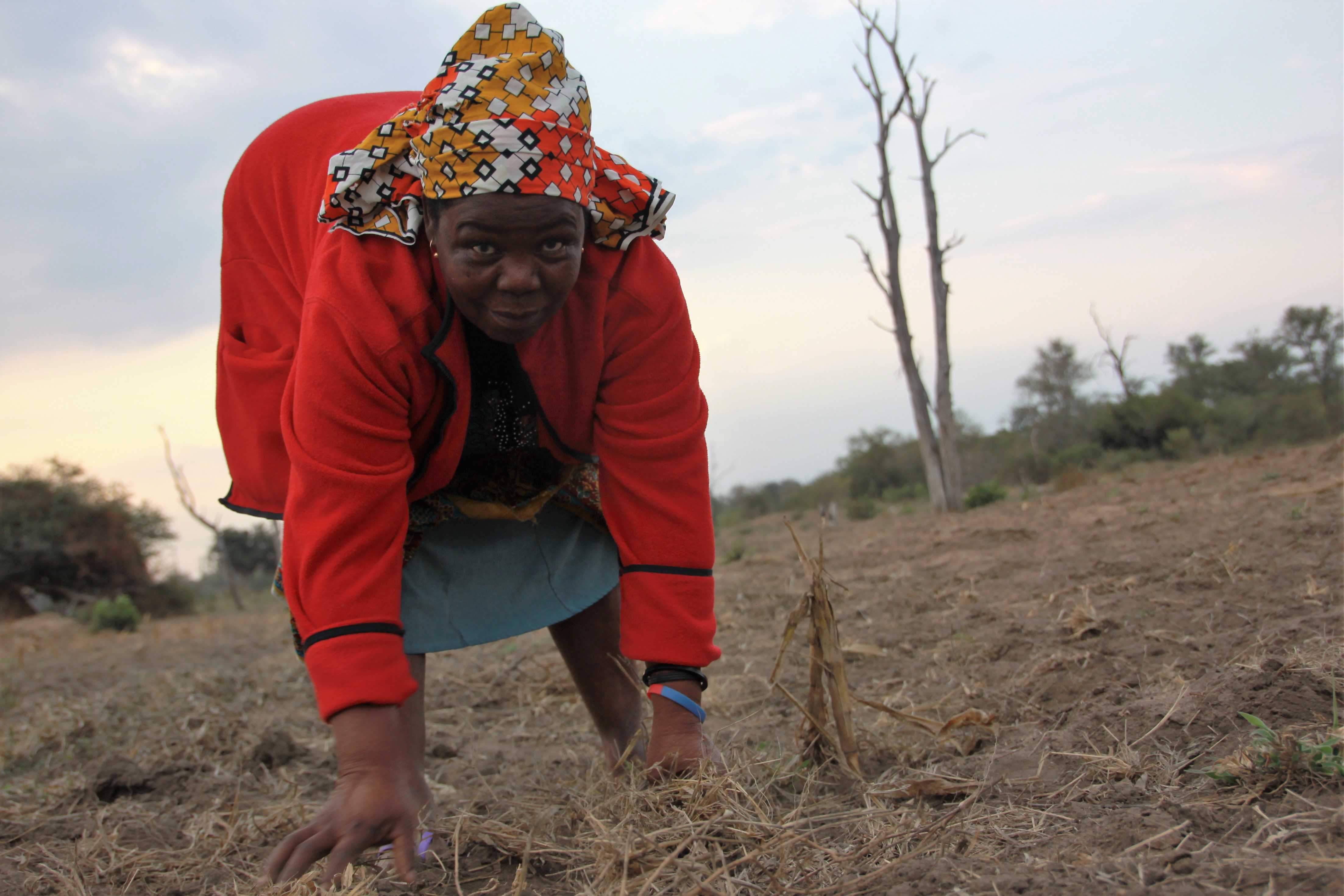 Mozambique has been hit by its worst drought in the past 35 years. Two million people in the central and southern parts of the country are in need of assistance to see them through the next months. A severe food shortage is taking a heavy toll, especially on women and their children, with some 100,000 children facing acute malnutrition. For many, their condition could become life-threatening in the next months. Even before the drought, life was particularly hard for women and girls. Every second girl is married before her 18th birthday and 14 percent are already married by the age of 15. In one of the poorest countries on earth, half of the girls drop out of school by fifth grade. Roughly one in seven women die each year during pregnancy or because of childbirth complications. According to the Interior Ministry, more than 50 percent of women have suffered some form of physical, sexual or psychological violence. CARE has worked in Mozambique since 1984, with the empowerment of women and girls being a major focus of our work. CARE seeks to address the needs of women and girls during the current drought and other disasters, as their level of vulnerability increases every day as the drought and food insecurity continue. CARE asked women and girls, as well as CARE staff in Mozambique, about their most pressing needs and what solutions are needed to ensure development gains of the past decades are not unraveled.

Florentine, 18, mother: “I am afraid that my baby will not grow as it should”

“I got married when I was 13 years old. My son Alfredo is now one year old. A few months after he was born we could no longer harvest anything in our fields. I worry a lot because I cannot provide my child with enough food and I am afraid he will not grow to be as healthy as he should. We eat as little as possible so he can get more. We cannot even find work on other people’s fields as other farmers are in the same situation. Without rain our crops do not grow and we have no food or any source of income. I can also not buy any soap or other hygiene items for myself anymore. In the past months we have received food assistance from CARE. Without that help I do not know how we would be able to survive.”

Davida, 10, misses out on school to get water and food for her sisters

Dadiva is ten years old. She and her two sisters, Nerma (3) and Gilda (4), live with their grandmother. Their father has migrated to South Africa in search of job opportunities. However, due to difficulties in finding stable work, he is unable to send remittances to his family. Davida’s mother has since gone absent. Davida likes to go to school where her favorite subject is Mathematics. In the past months, she had to miss school for some days to support her grandmother in finding food and water for the family. About 50 percent of school children in the most affected areas in Gaza and Inhambane provinces are already missing out on school due to the severity of the drought. Some have to work, look for food or are simply too weak to attend classes. “Sometimes my sister Nerma cries because she is very hungry. I take the water canister to school with me and on my way back I fill it up and bring back as much water as I can. My grandmother gave me a little cart, because otherwise it is too heavy for me to carry. With the drought my grandmother does not have time to get the water herself, because she needs to find food for us.”

CARE-volunteer Magdalena: “Some children are too weak to play”

Magdalena is one of over 300 CARE volunteers in Mozambique. She has attended different workshops about hygiene, health and wellbeing of women and children, and now passes on her knowledge to other families in her village. Each day, she and other volunteers also take care of around 50 children between the ages of one and five, on a playground set up by CARE. “The children are the ones who suffer most from the current drought. Some of them do not have the strength to play anymore. They come here without breakfast and sometimes they have to go without food and water for an entire day. We advise the parents to collect certain wild fruits and leaves which provide nutrition. But the drought has been so harsh that sometimes we cannot even find these anymore. Unfortunately, more and more children are falling sick and we are finding new cases of malnourished children every other week. It breaks my heart when one of the children cry because they are hungry and there is so little I can do for them. The least we can do is help them forget their sorrows for some time and give their parents more time to find food and fetch water.” 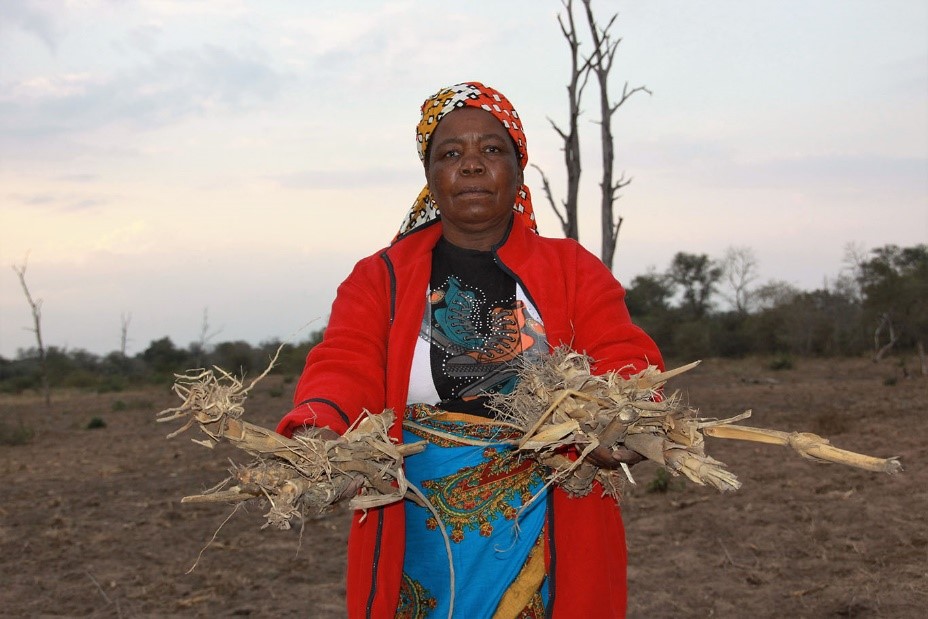 Farmer Almarinda: “Never before have I seen a drought like this one”

More than 70 percent of the people in Mozambique are dependent on agricultural work. The Ministry of Agriculture estimates that half a million farmers in the country are affected by the drought, with their harvests having failed. “I have been a farmer all my life. I can hardly remember a day when I did not work on my family’s field. I have experienced difficult times, but never before have I seen a drought like this one. Many of the farmers could not harvest anything since last year. I am part of CARE’s Farmer Field School and through it have learnt techniques to help me protect the soil and received drought-resistant seeds to plant. With this support I managed to grow at least some maize where others had none. Before the drought my harvests were so good I had to pull a cart to carry all the crops and vegetables. I joined CARE’s village savings group a few years ago and started growing cashew nuts as an alternative income to feed my six children. I am very thankful that CARE helps us fight the drought and survive. When I compare myself with other farmers who do not receive any support, I know how lucky I am. But when I remember that the crops during this time of year are usually taller than me and look at this diminished field now, I feel very sad.” 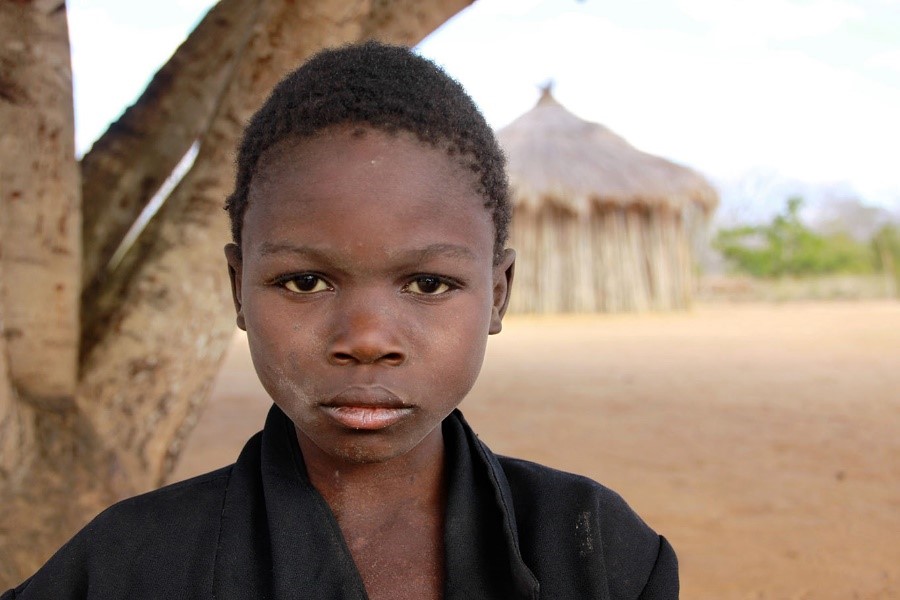 Artimiza, 9, has given up her hopes to ever see a school from the inside

Artimiza is nine years old and lives with her parents and two younger sisters in a little village near Funhalouro in Inhambane Province. Her youngest sister Admira, who is only two years old, has been sick since the end of last year. Her mother Mariana explains: “She is too weak as I can only provide my children with two meals every day. Without CARE’s food assistance we would not be able to survive.” Nothing is growing in their fields anymore. They also received some seeds a few months ago, but they were so hungry that they had to eat them directly, leaving none available for planting. Artimiza’s father Julio is trying to make an income from building baskets. In a good week he can earn around 40 Meticais, around 50 cents. “Usually my parents could get us cassava and maize from the fields. But now it has not rained and sometimes we are so hungry we cannot sleep. I always hoped that someday I might be able to go to school. But now I have to help my mother get water and food. The drought has ruined all my plans.” 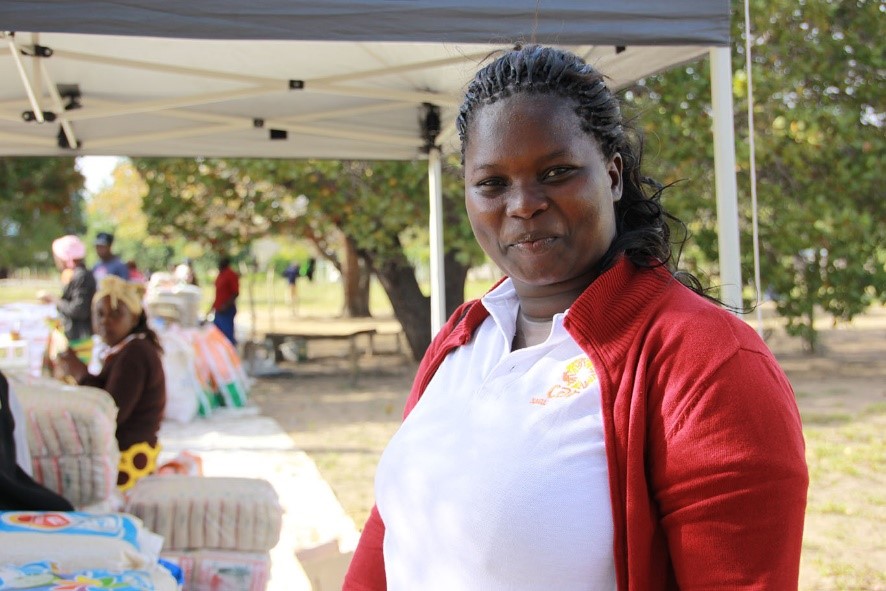 CARE-Gender specialist Graca: “This drought is a catastrophe for women and girls”

“Everyone has been affected by the drought, but the situation is particularly difficult for women and girls. For years, we have been working closely with the communities and informed women about their rights. Real change takes time, but the drought makes a lot of our work more difficult. In many ways the drought is a true catastrophe for women and girls. We have some anecdotal evidence of women resorting to survival sex to get food and many mothers are putting their own needs last. They are eating less so their children can eat more, but at the same time they have to walk hours and hours in search of food and water. Many women and girls get up as early as 4 am to start walking to find and sell firewood. Most times they do not earn more than 50 cents per day, and during the dark morning hours they are very vulnerable to rape and other forms of attack. What makes me happy is that I increasingly see men and women come together to the food fairs to decide as a team what they need most. We work as hard as we can to make sure that the current drought and food insecurity does not unravel the important gains we have achieved for gender equality and to make sure that we can continue to improve the lives of women and girls.” 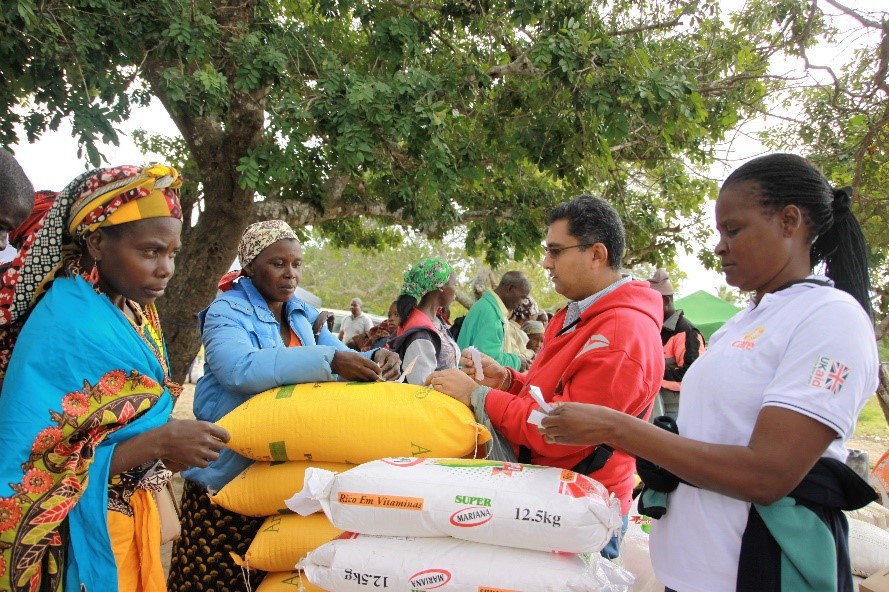 As part of an international consortium with Save the Children, Oxfam and Concern International, CARE is aiming to reach 500,000 people in seven provinces. With international funding provided by the UK Department for International Development, US AID/OFDA, Irish Aid, and the German Foreign Ministry, CARE assists people with food, repairs broken water systems and establishes new ones. CARE Mozambique is also working with families in drought affected areas to increase the productivity and profitability of crops, and works with farmers on using modern farming techniques. Village saving groups help people set up alternative sources of income and become more resilient to climate change and reoccuring natural disasters. Despite the generous commitment of these donor agencies, much more is needed to support women, girls, men and boys suffering from the worst El Nino-induced disaster in decades.

“The bitter reality is that for now the international community, donors and heads of state do not seem to realize the urgency of what the buzz word “El Niño” actually means for the people here. There almost seems to be some kind of assumption, that this is something that we are “used to” in Africa. But people starving and dying of hunger should not be something one ever gets “used to”. In the past years, developmental gains were hard-won in this part of the world. Without urgent action, these successes will unravel quickly. In the aftermath, recovery will take decades and be far more expensive. Immediate action is required to stabilize the situation and ensure communities have a bright future,” says CARE Country Director Marc Nosbach.
CARE GLOBAL NEWS

Mozambique has enjoyed more than 20 years of strong overall economic growth since the end of its civil war, averaging over 7% per year. [MORE]

Welcome to the new website of CARE International in Mozambique! This website provides you with an overview of CARE’s 30-year [MORE]

Why work at CARE?A career at CARE Mozambique is truly one-of-a-kind experience. It's more than working for a national and global leader; it's an opportunity to be a part of something that can help bring about lasting change in the world. We're looking for experienced professionals who not only align with our values, but also want to make a difference, develop and inspire others, drive innovative ideas and deliver results. [MORE]